"You're gonna be the start of somethin' new, and you'll call yourself 'Saint EOM,' and you'll be a Pasaquoyan - the first one in the world."

Martin's artistic journey started at age 14 when he left his hometown of Buena Vista, Georgia, to embark on a hitchhiking adventure to Atlanta and Washington, D.C., before settling in New York. In the Big Apple, he worked as a street hustler, bartender, gambler and drag queen. He even gave fortune-telling a try at age 37.

In 1957, after the death of his mother, Martin came home to Georgia and continued his fortune-telling flair for pay. Donning ravishing robes and feathered headdresses, Eddie moved into his mother's old farmhouse and used his oracle occupation to help fund his vision of Pasaquan.

Martin also changed his name to St. EOM (pronounced Ohm) and became the first Pasaquoyan. He continued to work on the art environment for 30 years, creating six major structures, mandala murals and more than 900 feet of elaborately painted masonry walls.

Pasaquan lavishly fuses African, pre-Columbian Mexico and Native American cultural and religious symbols and designs, along with motifs inspired by Edward Churchward's books about "The Lost Continent of MU."

After a few years of declining health, St. EOM committed suicide in 1986. Pasaquan began to fade - literally and figuratively. For 30 years, the Pasaquan Preservation Society (PPS) worked tirelessly to preserve the site. During 2014, philanthropic organization Kohler Foundation Inc., PPS and Columbus State University partnered to bring the visionary art site back to life. 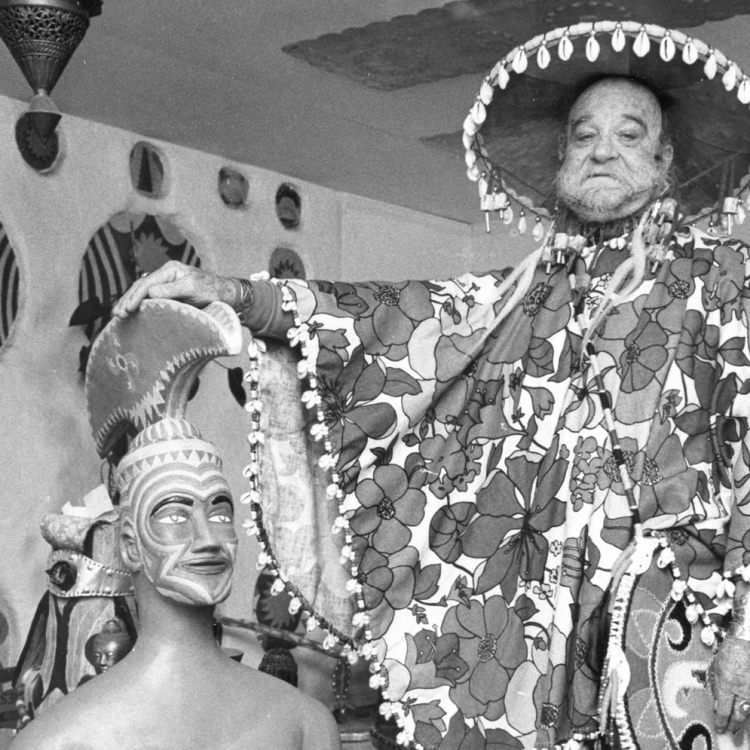 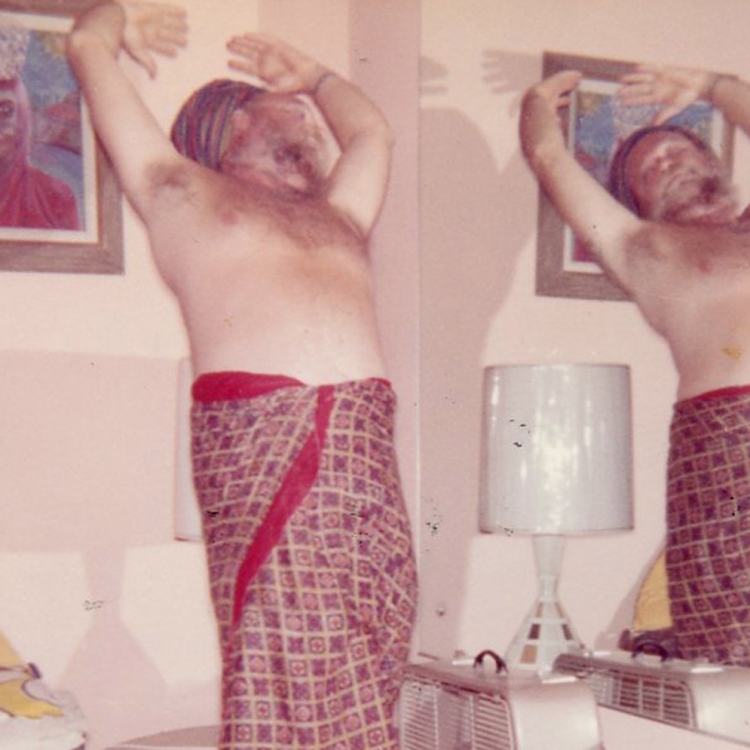 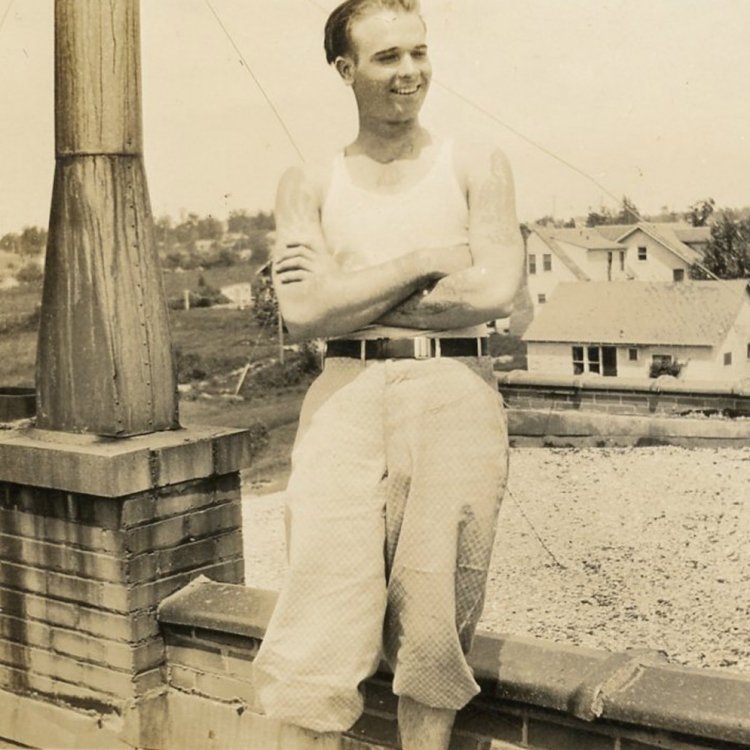 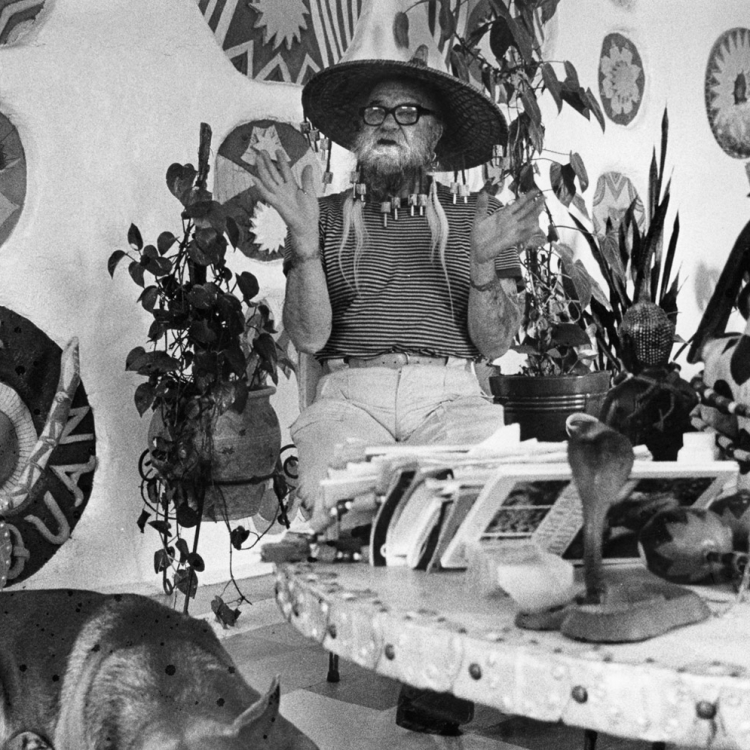 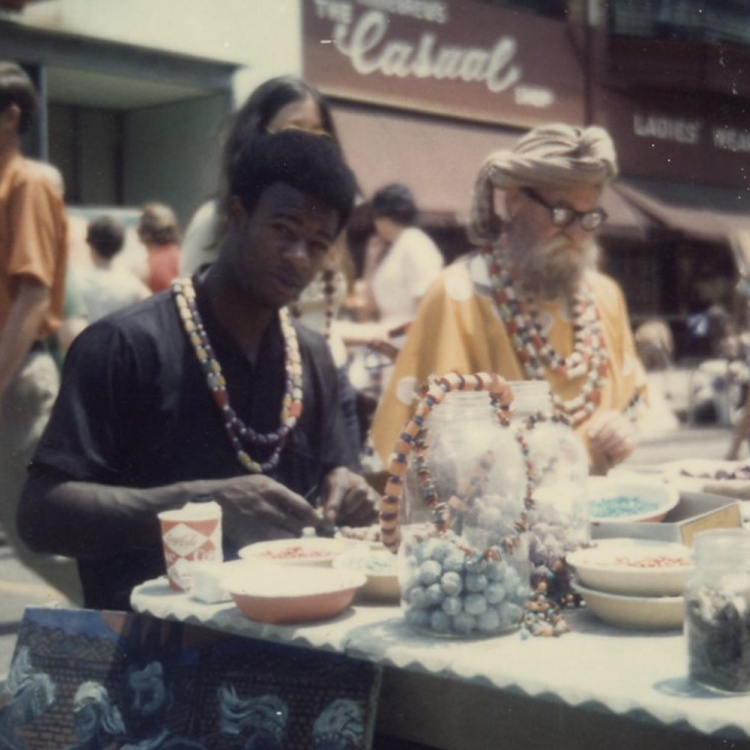 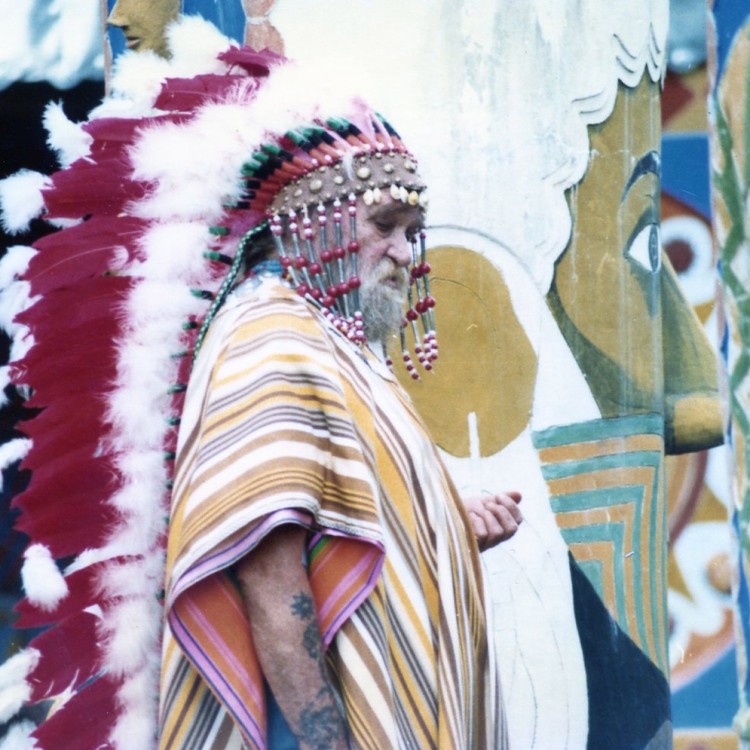 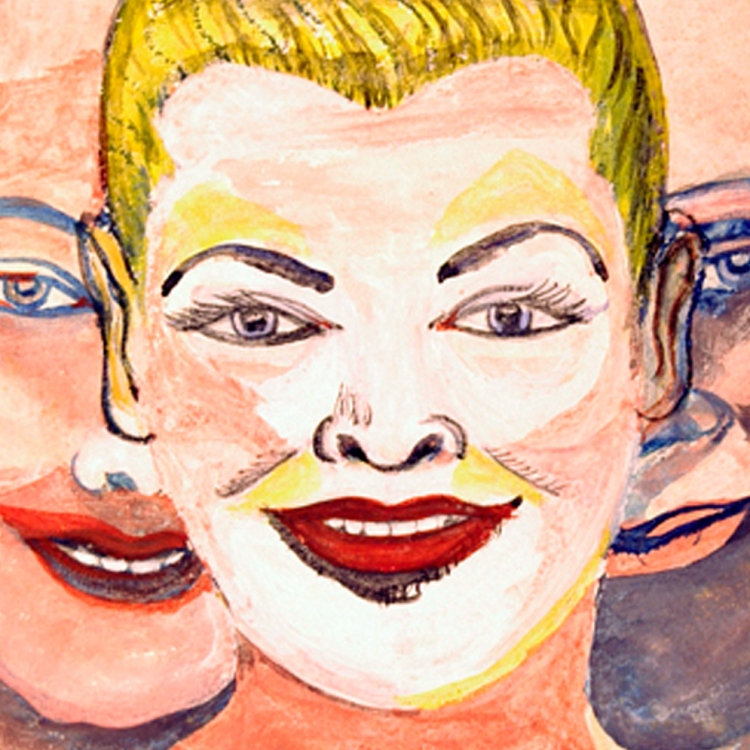 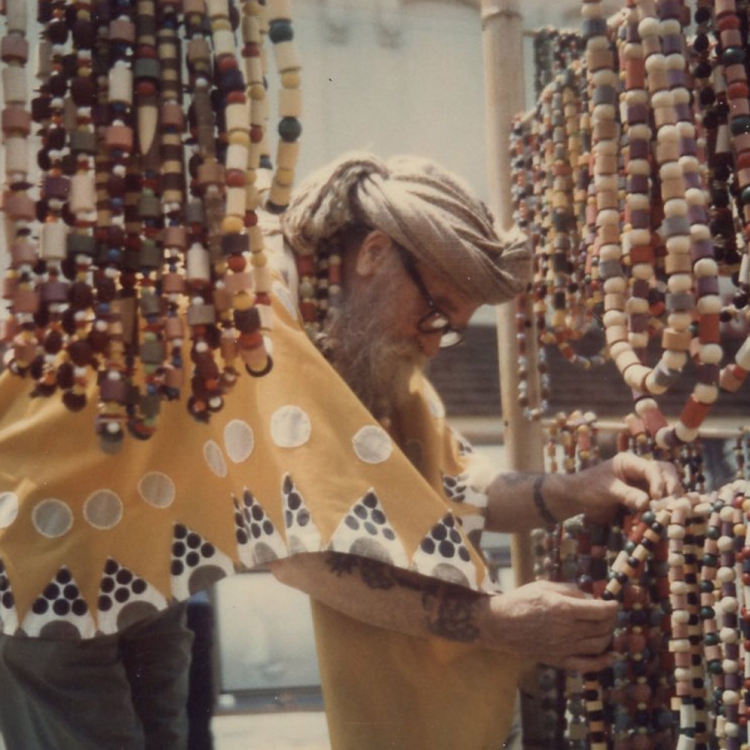 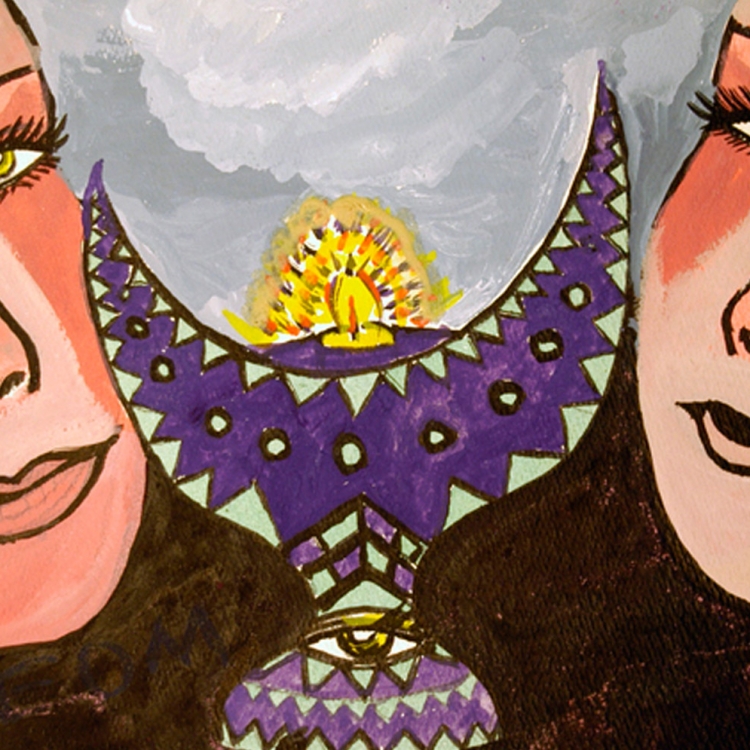 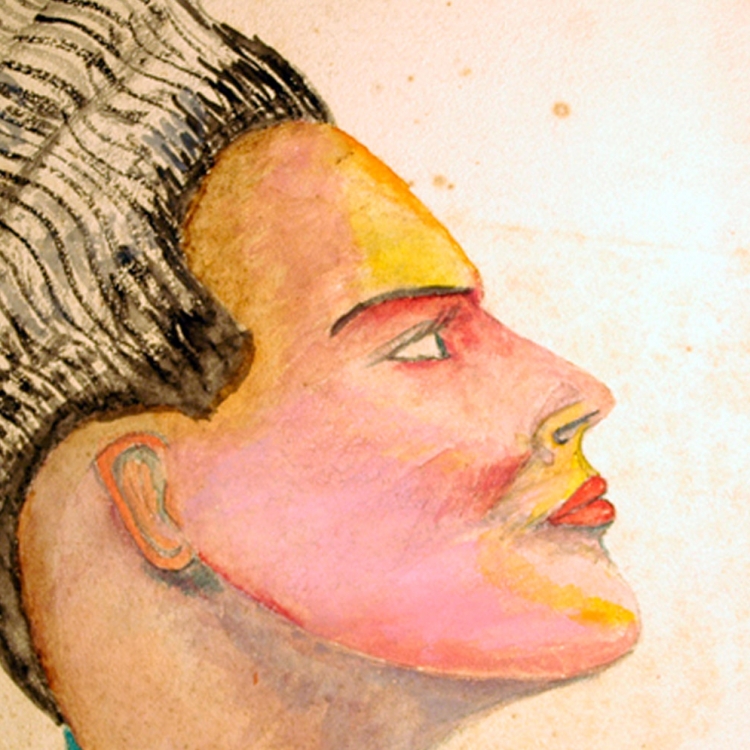 "I built this place to have something to identify with. Here I can be in my own world, with my temples and designs and the spirit of God. I can have my own spirits and my own thoughts."

Today, Pasaquan is listed on the National Register of Historic Places and is considered among the most important visionary art environments in the United States.

Columbus State University faculty, staff, students, and alumni have been directly involved in documentation of Pasaquan, the organization of archives and assisting with the conservation process. CSU alumni and students have worked with professional conservators from International Artifacts (Houston) and Parma Conservation (Chicago).

"Pasaquoyanism has to do with the Truth, and with Nature, and the Earth, and man's lost rituals."

For St. EOM, Pasaquan represents the future. It is his personal utopia, where all cultures and ethnic groups can come together in harmony and connect with the earth and the universe.

At Pasaquan, St EOM incorporated both spiritual concepts from ancient cultures and futuristic ideas of levitation transportation. In the end, St. EOM was able to communicate the traditions of Pasaquoyanism to the viewers of the future with colorful, pluralistic designs that cover the entire site.

Connecting to his genius to unite cultures and the universe around them, Columbus State University developed a mission, vision and education goals that celebrate and champion the humanitarian values Eddie Martin exhibited in his work.

Columbus State University's priority is to preserve, maintain, provide access to and assist in the interpretation of Pasaquan.

We aspire to give visitors a unique insight into the intuitive artistic process by engaging them through diverse programming, interdisciplinary workshops, lectures, seminars, retreats and performances.

Become a Pasaquoyan: While Pasaquan is open to everyone, you can join and enjoy St. EOM's member events. All donations and membership fees will assist Columbus State University with the programming of this internationally recognized environmental art site.

Individualist members will receive the same benefits as the Neophyte membership.

Co-conspirators membership includes up to four family members. Members will receive newsletters and invitations to special members-only events as well as invitations to family activity days, and Pasaquan coloring pages included in the newsletters.

This is a patron-level membership and includes one-year unlimited admission, newsletters, invitations to special members-only events and one private tour a year for 20 of your family and friends.

This is a lifetime membership. It includes unlimited admission, newsletters, invitations to special members-only events and one private tour a year for 20 of your family and friends.

Donate: All donations will assist Columbus State University to maintain this national treasure. Your support provides essential funding that will help preserve St. EOM's utopian vision of the future into the future.

Help us maintain St. EOM's Pasaquan by becoming part of the movement to preserve this otherworldly historical site.

Pasaquan has reopened to the public, Friday, Saturday, and Sunday, 10-5 pm. All visitors to the site must properly wear a mask covering their nose and mouth and practice physical distancing (at least 6-feet apart). No more than ten visitors will be allowed in the house at one time, and there will be no group tours.

Thank you for your interest in Pasaquan, and please come and visit.

Please Join us, on April 16th for Pasafest! The Pasaquan Preservation Society and Columbus State University has organized this festival to highlight the cultures of the Southeast. Throughout the day, we will be offering Country, Rock, and Psychedelic music as well as visual artists who are known for their Folk and Self-Taught styles. Following the tradition of St. EOM's life, we will also be offering handpicked food vendors, fortune tellers, performers, and much more! Pasafest is a step toward fulfilling our mission as a society by producing programming and fundraising events that will help preserve as well as educate people about this world-renowned visionary art environment!

Closed during federal and bank holidays and the months of December and July.